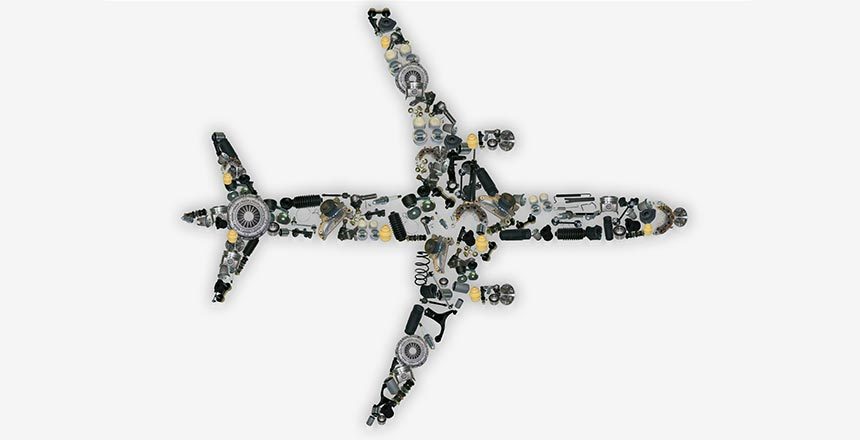 When Hurricane Maria slammed Puerto Rico and Dominica in September, leaving millions of people without water and electricity, relief poured in from nonprofits and businesses across the globe.

One of them was Cape Air, the world’s largest operator of Cessna 402, a twin piston engine aircraft that ceased production more than 30 years ago. It’s what some in the industry call a “legacy aircraft,” out-of-production aircraft models that range from large commercial planes to old-school military helicopters like the Bell Huey. And, during one of the worst natural disasters to rampage through the Caribbean, this legacy aircraft flew clothing, food and water to dozens of people displaced by the storm.

Although thousands of variation of aircraft soar through open sky today, legacy aircraft are still prominent in aviation. They’re often used to transport mail, cargo, animals and medical supplies. Because they perform such critical functions, it’s paramount these airlines find parts manufacturers and suppliers capable of meeting their repair and replacement needs.

That’s where you come in.

In an age when prices are soaring in the aftermarket, airlines need to control maintenance costs while boosting efficiency. They need affordable alternatives when buying parts from the original equipment manufacturer grows too expensive. They need parts with the Federal Aviation Administration’s parts manufacturer approval, or PMA. Not only are PMAs budget friendly, but they signal to airlines that the parts you provide have undergone intensive testing to ensure they are durable and airworthy. Afraid that you wont have the time or budget to pull this off? Then, turn to AeroTech, which helps manufacturers develop PMA parts with a process that’s cost and time effective.

“We get this situation better than anyone else” said AeroTech founder and president Jonathon Matlach. “Our process is so well refined that we can take old worn out parts and develop new designs.”

So, why would an airline specializing in legacy aircraft take a chance on PMA parts? Well, consider the bottom line. Maintenance absorbs about 4 percent of the aviation industry’s total cost structure. About 36 percent of maintenance spending is devoted to repairing and maintaining engines. Another 60 to 70 percent of spending helps keep engine materials running, according to a report from the International Air Transport association. Those are hefty budget line items for any airline.

And while innovation in aviation is rampant, some things don’t change: aircraft parts age. Sometimes, they break.

Over the last decade, OEMs have realized a goldmine awaits in the repairs market, and have ratcheted up their prices as a result. Using PMA parts is a cheaper alternative that still produces quality results. And it’s a popular choice for companies looking to pinch pennies and still get the best use out of a single part or a line of products.

“Not every company can afford the newest helicopter for crane operations and, in most cases it doesn’t make sense” Matlach said. “They can acquire a used Military surplus helicopter, make safe modifications, and operate it under special permits far faster and cheaper than a new helicopter can.”

PMA parts can be reverse engineered to supplant their OEM counterparts. This creates a monumental savings for legacy aircraft as many OEMs may have ceased production of the original part altogether.

How AeroTech can help you

So you’ve decided you want to invest in PMA part production for legacy aircraft but you’re worried about deadlines, time crunches and budgets? Don’t worry.

AeroTech has a well-refined process that will convert old, worn-out parts into brand-new designs functioning better than the original. The company’s engineers study the materials that comprise each component and validate those parts in a rigorous testing phase. Pairing the latest technology with its proven process gives AeroTech the dexterity to deliver a promised design on time and within budget.

You may be asking: why invest in servicing repairs for legacy aircraft when the aircraft itself will soon need replacing?

“The projects we support are utilized in a wide range to fleets from firefighting to carrying cargo for military operations around the world,” Matlach said. “While the new aircraft get a lot of headlines, the workhorses of the industry remain legacy aircraft.” Aircraft like Cape Air.

And in those situations, choosing a legacy aircraft over a newer one can mean the difference between helping scores of people weather the most tumultuous storms of life, or watching them suffer. Be the manufacturer that helps these planes and copters do the work that saves lives.

Sign up to our newsletter and get the latest news and information from AeroTech.